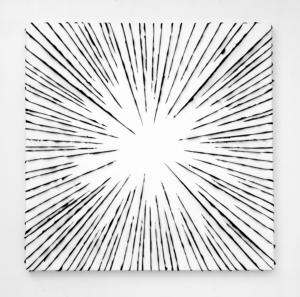 Ever since its conceptual formation scholars have argued that empathy can help us understand and explain intense affective experiences with works of art. One renowned writer on the topic, Theodor Lipps, for instance wrote that “empathy shall make aesthetic appreciation comprehensible” (Lipps, 1900, p. 416). Approximately a hundred years later Eisenberg and Strayer (1992) presented a somewhat similar suggestion, arguing that empathy should function as a basic principle of aesthetics. To what extent empathy actually qualifies as a basic principle of aesthetics remains however unsettled. Most often it is assumed that empathetic encounters presuppose an actual other (Cuff et al., 2016), but recently a range of scholars working on topics of aesthetics has pointed to the central role of empathy for our experiences of art. Despite this proclaimed relevance of empathy for the understanding of affective-aesthetic encounters, proper descriptions of empathy are lacking in the scientific and philosophical literature. As already demonstrated by Moritz Geiger (1911a; 1911b), the lack of description often leads to theoretical confusion and disagreement. The first step towards clarity and theoretical coherence is therefore, as Geiger also writes, to start with describing the matters of fact of aesthetic experience, and provide answers to questions such as, what do we experience when experiencing a work of art empathetically? What is given during such moment? How is consciousness structured in aesthetic empathetic experience? The general aim of my research is to remedy the lack of description and provide answers to these questions and to do so on the basis of interview material subjected to descriptive phenomenological analysis. By bringing this descriptive account of aesthetic empathy into dialogue with phenomenological analysis of empathy and selfhood it is my hope to contribute to our understanding of how empathy can shape experience with works of art and how empathetically experienced art can shape affective core aspects of the spectators’ selfhood.

Empathy, selfhood and affectivity are central topics within classical as well as contemporary phenomenology, and it is well known that prolific contributions to these topics has been made by the scholars at the Center for Subjectivity Research. Hoping to learn from the expertise on these topics as well as phenomenological tradition in general, I applied for a research stay at the center for three months. Though my stay at the center was interrupted by the Covid-19 pandemic my hopes was redeemed. In the approximate two and a half months I visited the center I learned a lot about phenomenology through the generous talks, meetings and reading groups. My work was met with interest and encouragement and the many suggestions, questions, comments I was provided with through inspiring conversations are all things that I take with me.

In addition to this, another motivation for applying for a research stay at the Center for Subjectivity was to learn more about how to apply phenomenology to qualitative empirical research. As a psychologist, I have been working with the psychological phenomenological descriptive method developed by Amedeo Giorgi. I have found this method productive and well suited for qualitative inquiries in psychology. It has however been interesting to follow the ongoing debates and the novel development of applied phenomenology at center. This development has nuanced my methodological understanding an encouraged me to let my research be even more influenced by phenomenological analysis.

The stay at the center also provided me a welcomed opportunity to conduct a historical reading of the most central texts on empathy and aesthetic experience – texts written in German aesthetics from 1873 – 1911 by the so-called empathy aestheticists (Ziegler, 1894). In contrast to the majority of empathy researchers today, the empathy aestheticists considered empathy a psychological function involved in our perception of other persons as well as works of art (see Vischer, 1873; Volkelt, 1905, 1920; Lipps 1900, 1909). The dual function of empathy however generates a need for pinpointing the structural features demarcating the aesthetical from the non-aesthetical as well as the structural features allowing for a differentiation of empathy into types – e.g. interpersonal empathy and aesthetical empathy (see Scheler, 1914; Laurila, 1903; and Meumann, 1908). How the empathy aestheticists went about solving this task is an interesting question – especially in the light of the above-mentioned disagreement. One suggestion that I found particularly promising was the suggestion made by Lipps (1900; 1903; 1907) namely that aesthetic empathy is characteristic by providing the spectator with so called depth experiences, that is experiences of being moved or gripped in the very core of one’s personality. I did a presentation on Lipps concept of depth and its relation aesthetic empathy. In this presentation I argued that depth, can provide a leading clue to the understanding of the specificity of aesthetic empathy. The reason for this, I argued, was not only the experiential specificity of depth as such, but that depth according to Lipps is dependent of a modification consciousness motivated by the appearance of the aesthetic symbol and that this modification in turn alters the being-characteristic of the expressed content, so that it appears not as actual but as-if actual. Lipps concept of depth is thus interesting for its ability to reveal some of the underlying structures of empathetic consciousness that can help us understand the similarities and differences between practical empathy and aesthetical empathy. It is my plan to work on this topic in the future and I am very grateful for the many questions, comments and suggestions which have helped me strengthen my arguments and further my thoughts.

I hope one day that I will get the chance to visit the center again, to partake in the friendly, passionate and encouraging academic atmosphere.