On April 28-29, CFS will host a two-day workshop on the theme of “Shared and Temporally Extended Agency”. People exercise shared agency when they intentionally do things together. Think about two or more people having a conversation, cooking dinner together, or navigating across the sea in a sailing boat together. These joint actions all consist of many “smaller” actions that are all performed to bring about some common goal (mutual understanding, eating food, safely reaching a destination). Similarly, temporally extended actions consist of many smaller actions that are all organised around a common goal. 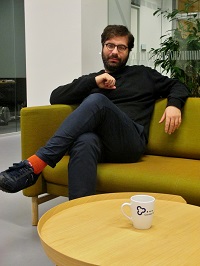 Last autumn I did a predoctoral research stay at the Center for Subjectivity Research (University of Copenhagen). My main goal was to introduce myself to contemporary issues in the field of collective intentionality and social ontology, and especially in the philosophy of collective and group action. While unfolding this task, the almost daily discussions with Olle Blomberg ‒ who is a post-doctoral fellow working on intentional joint action at CFS ‒ were of decisive importance. Besides doing research with respect to collective agency, I had the opportunity to take part in the activities hosted by the CFS (seminars, lectures, conferences, etc.), the result being one of the most stimulating research experiences I have ever had.

Read moreAndrés Alonso Martos / On reading groups and other groups in general. The Brian Epstein’s case. 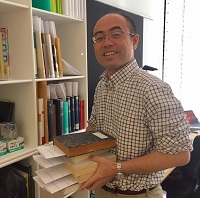 The Ego is not monolithic, but complex phenomena. It contains inner complexity. Husserl encounters this complexity in terms of temporality in his later manuscripts. Against this background, he works out the ultimate inseparable nature of ego and non-ego. However, this is different from the encounter with the world as a non-ego. So far I had interpreted that the primal ego is the only condition for the possibility of appearance. In fact, in a passage in some research manuscripts, Husserl himself also stated that the primal-ego is the innermost. However, we can find the following very strange expression in the manuscript of the same period. “The streaming is always in advance, but also the I is in advance”. I have attempted to interpret these statements in terms of precedence of the primal ego.

Read moreTakuya Nakamura / A multidimensional Account of the Ego 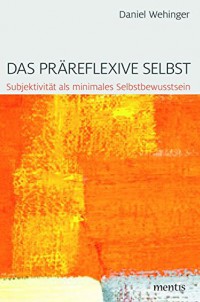 Can there be experience without self-consciousness? – In analytic philosophy of mind, this question is usually affirmed. It is argued that experience is the so-called “hard problem” of consciousness, the problem that deserves the most attention, while self-consciousness is thought to be a comparably easy problem to solve. In my recent book “The Pre-Reflective Self. Subjectivity as Minimal Self-Consciousness” [“Das präreflexive Selbst. Subjektivität als minimales Selbstbewusstsein”, Mentis 2016] I question this claim and the separation of mind that it brings with it. Following Zahavi, Kriegel and others, I argue that every phenomenally conscious state involves a minimal consciousness of myself, since every phenomenally conscious state is such that there is something it is like for me to have it. Thus, experience and self-consciousness cannot be separated. They go hand in hand. 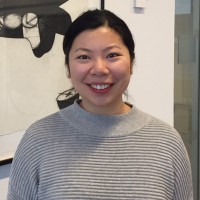 My doctoral research examines the process by which a reflexive neonate develops into a reflective child. However, what does it really mean to “reflect” or to be “reflective”? Is reflection a kind of personality trait or disposition that can be trained? Is it an epistemic perspective that one brings to bear in certain contexts or situations? Or is it a cognitive process or mechanism that can drive other developmental changes such as symbolic competence?