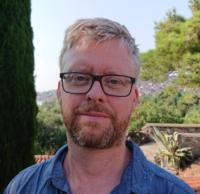 Based on their press releases, it seems Boeing believes their new, updated software can resolve the issues with the 737 Max aircraft. And the FC Barcelona soccer team seems to think they will win La Liga next year. But wait: can corporations and sports teams really believe things? Goalkeepers and CEOs can, of course. But can groups really have beliefs over and above the beliefs of the individual members of the group? Quite a few philosophers seem to think so, including some with phenomenological credentials. And many of them seem to think they can comfortably maintain those views while acknowledging that there is no such thing as a group consciousness, over and above the consciousness of individual members.

Together with my good friend and former colleague Alessandro Salice, now at UC Cork, I set out to investigate whether this combination of views is a stable resting place. Our conclusion: it is not!

In a recently published paper, we argue that a state is not a belief unless the owner of the state is disposed to access the state’s content in a corresponding conscious judgment. Thus, if there is no such thing as Barça team consciousness, then we cannot literally ascribe beliefs to the team.

It may seem a tall order to ascribe phenomenal consciousness to the Barça soccer team. Personally, I am not inclined to think there is any such thing as a group consciousness. But nothing in our paper actually challenges that view. And at any rate, whether or not there is a Barça consciousness, surely no one will dispute the existence of the Barça spirit!

Curious to find out more? You can access our paper (free of charge) here: https://rdcu.be/bo9UE