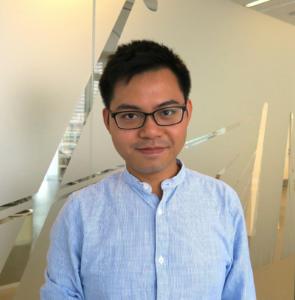 Merleau-Ponty in his working notes of The Visible and The Invisible suggests the echo between philosophy and literature: “Philosophy, precisely as ‘Being speaking within us,’ expression of the mute experience by itself, is creation” (p. 197). Philosophy as well as literature deploys creative use of language to render the invisible being visible. Both philosophers and writers rely on language but they differ in terms of their use of language in their inquires: while philosophers make enigmatic human experience and condition linguistically comprehensible, writers relish ambiguity and exhaust verbal suggestiveness. The manifestations of their thoughts are different but their shared general concern is the human relationship with the world. Phenomenologists are particularly aware that we are born into a natural and cultural world that pre-exists us; writers, although hailing individual originality, create within literary traditions and conventions. Literary criticism therefore has to keep both the general and the specific in perspective. My research specifically expounds the English Romantic poet John Keats’s proto-phenomenological ideas in his poetry and poetics such as “negative capability” and “the vale of soul-making”. Drawing upon Maurice Merleau-Ponty’s phenomenology of embodiment, the project on the other hand has a generic concern about how the poet refashions poetic genres such as romance, lyric, and epic to address the problems of reality, alterity, and expression. My reading of John Keats is in a sense informed by my study of Merleau-Ponty, whose developed concepts of the aforementioned concerns help elucidate the poet’s less systematic poetical thoughts. The study in turn traces the notion of sensing in the Romantic tradition that Merleau-Ponty acknowledges in Phenomenology of Perception. Although I took philosophy as my minor, I lacked expert guidance and was not versed enough in the scholarship of phenomenology. For these reasons, I took on a challenge to present my work before phenomenologists in order to get feedback on my early research work. Thanks to the collegial atmosphere and stimulating intellectual exchange at the Centre, my research stay (2 September – 2 October 2019) proved to be extremely conducive to strengthening my philosophical framework as well as my understanding of phenomenology.

Read moreDavid Lo / An Encounter between Phenomenology and Literature