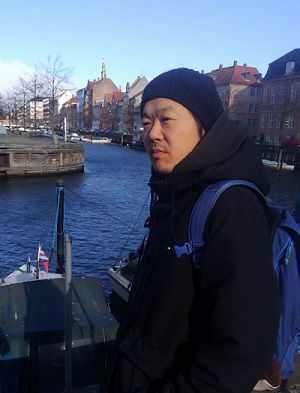 My five-month stay at the CFS came to an end this week. This was my sabbatical leave, and I am convinced that I made the best choice about where to spend it. Both during official discussions in weekly research seminars and over casual conversation at lunch or in the office kitchen, I gained a lot of important information, suggestions, and philosophical insights relating to my research project: phenomenological perspectives on implicit bias.

While writing about classical phenomenology (mainly Heidegger), I have long been – separately from my research on phenomenology – involved in issues around discrimination both in theory and practice. It was, however, only a few years ago that I started thinking about the possibility of combining these two separate interests. The key motive for that was my discovery of the growing research field of implicit bias in psychology and analytic philosophy of mind. Against this background, the objective for my research during this stay was to develop a phenomenological approach to implicit—especially racial—bias, using conceptual and methodological resources from the phenomenological research of, in particular, empathy. The research aims at clarifying fundamental questions including what a state of consciousness “the implicit” is, what feature of consciousness is meant by “biased,” and what is morally troubling when implicit association is biased. There was no easy path to follow with this research, mainly because phenomenology of implicit bias is not yet an established research field, and therefore my research involved exploring a new field.

The answers I managed to reach are still uncertain and need a lot of development. However, in any case, I seek to make the following points: (1) The bias feature of implicit association is, if this associative state is investigated phenomenologically as the habituated perception of others, specified as being stuck at low-level basic empathy without being able to transition to more extended empathy, in contrast to the standard top-down explanation that conceives of implicit attitudes as biased when they do not accord with the explicit belief. (2) “The implicit” is best described and analyzed in terms of the pre-reflective character of perceptual consciousness—including the possibility of being reflected upon by the experiencing subjects. The ways in which implicit consciousness is —or fails to be—made explicit matter to the understanding of the distinctive persisting character of implicit bias, while the unexamined use of the word “unconscious” in the majority of the literature on philosophy and psychology of implicit bias is, I suggest, more troubling than useful.

Some information for anyone who may have become interested in my research after reading this blog post: I am coming back to Europe in April to attend the annual meeting of the Nordic Society for Phenomenology in Gdansk, Poland, where I am giving a presentation entitled “Phenomenological Perspectives on Implicit Bias.” Hope to see you there!