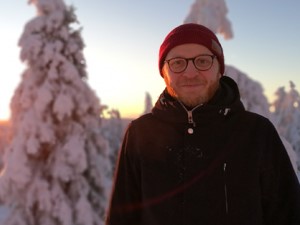 My eventful and rewarding stay in Copenhagen came to an end late last year after spending almost four months at the CFS as a visiting PhD researcher. I had time and the perfect environment to concentrate on both areas of my current research: phenomenological methodology and study of selfhood. What is more, I was fortunate to have the generous support and brilliant company of the CFS staff and co-visitors alike.

During my research period, I was working primarily on the methodological issues concerning Husserl’s phenomenological reflection. The strategy was to approach phenomenological methodology indirectly by giving careful consideration to the more empirically oriented and naturalistic criticism it has faced. The first step was to reconstruct the general sceptical arguments against the objectivity and scientific reliability of first-person investigations put forward by Daniel C. Dennett, among others. Then I scrutinized Dennett’s particular claims that phenomenological reflection amounts to a solipsistic and introspectionist technique relying on generalizing from single subject’s particular experience. Finally, I looked at the empirically attuned argumentative strategies maintaining that reflection is prone to bias, construction, and error, allegedly producing high level of variation, uncertain results, and unresolved disagreements.

The goal was not merely to challenge and correct Dennett’s (mis)interpretation of phenomenological reflection by providing a more detailed and faithful reading of Husserl. Rather, the key motivation was to further develop a systematic take on some of the key components of Husserl’s reflective methodology: epoché and transcendental reduction, eidetic variation, intentional analysis, and intersubjective verification. Laying out the basic features of phenomenological reflection serves a dual purpose in my argument. First, it illustrates what kind of tools Husserlian methodology offers for restraining the erroneous tendencies of untutored reflection, thus alleviating if not altogether dispelling some of the sceptical concerns. Second, it shows how reflective procedure not only produces phenomenological claims but also provides means for assessing them critically: generalizing through an open-ended process of variation; refining phenomenological analysis by fine-grained distinctions, reclassifications, and critical clarifications; testing the results intersubjectively; and revising the descriptions if needed. By taking on the sceptical challenge, I ended up defending phenomenological reflection as a fallible but self-correcting procedure that seeks objectivity by subjecting its claims to the test of intersubjective corroboration.

I sketched the argument outlined above and presented some early results of this line of research at the CFS research seminar. It is still a work in progress and I plan to develop the argument in coming talks and writings, so I will not describe it in further detail here. Instead, let me take this opportunity to say a few words about the CFS research seminars. The format was simple: once a week someone would give a talk followed by comments in the spirit of fair criticism and mutual learning. A shared background in phenomenology allowed participants to engage in in-depth discussions of the matter at hand. It was the scope of topics and openness to other traditions and fields of study, however, that really impressed me. The talks covered detailed analyses of phenomena like perceptual illusions, affective atmosphere, death, and physical disabilities, supplemented with philosophical comparisons between thinkers such as Hume and Husserl. Diving into current debates in, e.g., embodied cognitive science, mindfulness research, and applied phenomenology in psychopathology and race and gender studies showed the critical potential of phenomenology, but also stressed the need for examining its limits. In addition to lively conversations over lunch, the weekly research seminars were, in my experience, the backbone of communal research activity in the CFS.

Focusing on the study of selfhood took up the remainder of my working hours. I continued to explore Husserlian analyses of person based on concepts such as position-taking, habitualities, and overall style. What I wish to claim is that a dynamic notion of person that combines both active and passive aspects and accounts for changing and abiding features alike can supplement and intermediate minimal and narrative approaches. To cover more ground in the interdisciplinary field, I also participated in The Multiple Dimensions of Selfhood workshop organized by the Inter-Self Lab located in TU Berlin. While I learned a great deal about topics such as self-disorders and sense of agency, the workshop pushed me to reconsider methodological questions as well. How to integrate philosophical, scientific, and clinical perspectives while preserving what is distinctive in different approaches? What are the mutual benefits and potential restrictions? How can phenomenological investigations and philosophy in general draw from case studies and comparative research across disciplines? Taking the train from Copenhagen to Berlin in less than 7 hours rounded out the intensive but fruitful experience.

An integral part of the stay was attending events organized by the CFS: the summer school, several visiting talks, a couple of workshops, and other occasions to meet colleagues old and new around the globe. Equally important as these high-quality academic events were the casual daily encounters and gatherings with the CFS people at the office and outside the center – in Cinemateket, on running trails, and around the streets of Ama’r. All this evoked not only an awareness of shared philosophical interests but also a sense of belonging. Thank you all for the intellectual camaraderie and overwhelming hospitality. I will not hesitate to return for another stint, if the opportunity presents itself in the (hopefully) not too distant future.