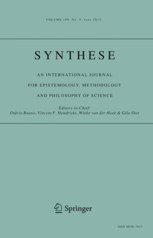 An article that I co-authored with Thomas Szanto and Dan Zahavi on emotional sharing and the extended mind has been recently accepted for publication in Synthese. Emotional sharing and the extended mind are two research domains that have attracted quite a lot attention in the past years, but their interrelations have remained considerably unexplored. While research on the extended mind has focused on the extent to which an individual’s mind can extend beyond the boundaries of the biological body, one central concern of recent research on emotional sharing is how can emotions be shared in a way that goes beyond the summation or aggregation of the emotions that different individuals may have. The article argues that shared emotions are socially extended emotions that involve a specific type of constitutive integration between the participating individuals’ emotional experiences.

The overall discussion in the paper is framed in terms of the distinction between two claims: the Environmentally Extended Emotion Thesis, according to which a subject’s emotions can extend to and incorporate environmental objects and structures, such as rings and notebooks, and the Socially Extended Emotion Thesis, holding that a subject’s emotion can extend to and incorporate another subject’s emotion. The next step in the argumentation is a critical discussion of some recent influential proposals about the nature of shared emotions, according to which emotional sharing involves the sharing of a numerically identical emotional episode. In the next section of the article, two conditions that an account of shared emotions ought to accommodate are motivated: (i) Reciprocal Other-awareness, and (ii) Integration.

Consideration of (ii) and discussion of relational accounts of joint attention, lead us to the proposal that a construal of socially extended emotions in terms of a constitutive integration of the participating individuals’ experiences is more promising than proposals that simply appeal to various forms of social situatedness, embeddedness, or scaffolding.

The article builds partly on work that I made for my doctoral research on the topics of joint attention, shared experiences and other minds, in particular on how an investigation on joint attention can contribute to our understanding of emotional sharing.

If you are interested in reading the article, you can find a final draft version of it here.