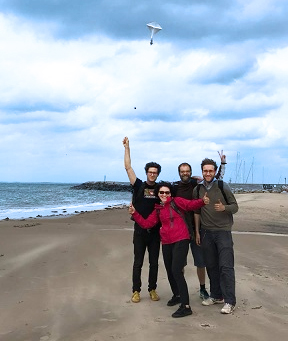 Besides other things, I was interested to find out how Husserl adapted Hume’s distinction of relation of ideas and matters of fact in his anti-Kantian views of analytic and synthetic a priori judgments. For Hume, Husserl holds, all a priori judgments are, in Kantian sense, synthetic. Even the judgments of logic and mathematics, and our axioms in these fields, are based on relations between ideas, and not on the containment of predicates in subjects. Moreover, we are able, in the foundations of these disciplines, to grasp these relations in intuition. The judgments that Kant himself presents as being analytic and synthetic a priori in his (i.e. Kant’s) sense are, according to Husserl, either intuitively grasped Humeian relations of ideas, and do not require a priori forms of intuitions, or they are blind judgments with an unclear status, and so they cannot present a proper foundation of philosophy, for philosophical foundation has to allow for intuitive knowledge (Evidenz). Husserl’s view concerning this reading of Hume, and Kant, are those of his teacher Franz Brentano, but Husserl went further and tried to provide proper phenomenological analysis of “the relations of ideas” in terms of relations based in the essence of related general objects. He also interpreted Hume’s view that relations of ideas do not tell us anything about the “world”, as saying that relations of ideas hold between pure possibilities.

Further descriptions of Husserl’s understanding, and its development, of Hume’s skepticism and Hume’s psychology – especially with regard to Husserl’s concept of constitution and genetic phenomenology – go beyond the scope of this blog and still wait for some further research. A special topic which also needs to be addressed is Husserl’s interpretation of Hume’s ethics and the influence of utilitarianism on the School of Brentano and on young Husserl. I believe that further work on these topics might provide better access to Husserl’s phenomenology, especially to those people coming from English speaking countries with a solid knowledge of Hume, but rather distorted views concerning Husserl’s philosophy.
The other area I was concerned with, led me to a phenomenological interpretation of Hume’s theory of empathy (sympathy). Hume was not so much interested in the mechanisms of conception of what other people feel, i.e. in the theory of known others (he nevertheless provided a theory of such mechanism), but in the affective nature of this knowledge, he was concerned with affective others. Ideas resulting from empathy are not pure conceptions (pure objects of objectifying intentionality) – since conceptions do not present others as affective others, but as mere known facts – but they are affects with a special double-faced nature – one and the same intentional object is simultaneously a known and a felt sentiment. I believe that besides a possible application in the general theory of empathy, there is some potential in developing this view with regard to the concept of the Self, which also demonstrates a peculiar double fact/affect nature.

Whatever the final results will be, I would like to thank all the people working in the CFS in Copenhagen. I was impressed with the level of hospitality and the support I received for my work. Copenhagen itself impressed me as well. I came with my family and there’s hardly a more friendly place for kids. And the weather this summer – quite unbelievable, I thought I was in California all the time.