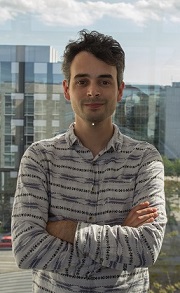 In a few days’ time, on the 27th January 2017, I will be defending my PhD dissertation at the University of Copenhagen; just a few days after then, I will be bringing my period as a researcher at the Center for Subjectivity Research to a close. While I look forward to the former event with nervous excitement, having by now shed most strivings to infinitely rework the dissertation into an ever inaccessible state of perfection, my feelings about leaving the CFS are certainly more apprehensive. Having spent most of the last five years in the midst of the initially exotic ‘Subjektivitetsforskning’, its heady blend of, amongst many other virtuous traits, philosophical openness, resistance to entrenched boundaries, fascination with the mysteries of sociality and selfhood, and high scholarly standards, all now feels entirely natural. I will sorely miss participating in such a unique and engaging research community. Rather than eulogising the closing chapter of my life spent at the Center, however, the present post will rather outline the product of that period of time, namely, the contents of my doctoral dissertation.

My dissertation, Empathy, Embodiment, and the Person, offers a novel reading and a critical development of Edmund Husserl’s seminal work on the deeply interrelated, but mutually irreducible, themes of intersubjectivity and selfhood. Drawing upon a significant body of still-unpublished texts (the manuscripts originally written for his ‘Ideas II’), it argues that Husserl’s take on the self-other relation can only fully come into view once we trace out its implication in his rich discussions of empathy, embodiment, and personal life. Moreover, rather than being solely historical in nature, the dissertation seeks to develop and systematise Husserl’s often somewhat fragmentary phenomenological analyses, both by explicating and further refining his own conclusions, and through engaging Husserl’s work in an array of related contemporary philosophical discussions. Through relating Husserl’s ‘constitutive adventures’ to treatments of selfhood and agency from analytic philosophy, accounts of mutual recognition from social philosophy and critical theory, and work on empathy in recent social cognition research, the work attempts to put into practice the conviction that Husserlian phenomenology can be rejuvenated by engaging with, and ultimately contributing to, the contemporary philosophical landscape.

In Chapter 1, I introduce and motivate the dissertation by offering a preliminary take on one of its central thematic threads: the phenomenology of empathy. I begin by considering one way of thinking about empathy, classically defended by Theodor Lipps and recently rehabilitated by ‘simulationist’ accounts of social cognition, that construes it as a kind of imaginative re-enactment that projectively comprehends other minds through innate imitative capacities. Drawing upon the work of both Husserl and his student and philosophical collaborator Edith Stein, I then outline an alternative approach to empathy, one that is more sensitive to the distinctive way in which others are given. As I try to show, the analyses of Husserl and Stein reveal a basic form of empathy that amounts to a perception-like experience of other embodied subjects, a form of experience that stands in contrast both to the perception of material things and to self-consciousness. This basic empathy serves as a presupposition of, and motivational basis for, a more active form of empathy, which re-enacts the other’s intentional acts and explicates their contextuality within the other’s world-directed experiential life. I then suggest that such a structural account of empathy only gets us so far, and that its further clarification demands a consideration of a set of related questions. What, more exactly, is the difference between our direct experience of a common nature, of ourselves, and of others, and in what ways are these three forms of intentionality interrelated? Moreover, is there an essential difference between perceiving another person and perceiving another animal or living body, where both of these intentional objects seem to display some forms of mindedness? Finally, can we distinguish between the person as an ‘object’ and as a ‘subject’; and in what way might both poles of this distinction be operative in interpersonal empathy and even in self-understanding?

I then turn, in Chapter 2, to Husserl’s phenomenological analyses of material nature. I begin by clarifying and defending Husserl’s project of a phenomenology of nature, arguing that Husserl locates the most fundamental sense of ‘nature’ in the invariant structure of the world of perception—or more exactly, of an abstract layer of this world which serves as a motivational subsoil for affective and practical intentionality. I then examine more closely Husserl’s concrete analyses of perceptual nature, and trace out the form of embodied subjectivity that is, for him, essentially implicated in the disclosure of the material thing.

In Chapter 3, I develop Husserl’s thought that not only one’s own but also other perceiving bodies are implicated in the perception of material nature. I first attempt to clarify Husserl’s radical claim that perceptual experience contains an implicit reference to animate others. Building upon this, I then spell out the sense in which such animate others are perceptually given as beings who are both causally immersed in the perceptual world and fellow subjects of it. I then suggest that what these strands of thought lead us towards is a form of empathy—which I term animate empathy—that comprises our perceptually-based understanding of all animals, whether human or non-human, as bodily beings perceptually sensitive to a common world. I then flesh out this thought by considering the roles of bodily self-awareness, the distinction between normality and abnormality, and mutual recognition, in our experience of animate others and of the nature they co-perceive.

Chapter 4 breaks thematically with the previous chapter, in that it temporarily puts empathy aside and focusses instead on the issue of self-consciousness. I begin by considering Husserl’s phenomenological account of agential subjectivity, tracing out the forms of self-awareness that he finds implicated in voluntary movement and action. I then show the continuity between this form of self-awareness and the phenomenological account Husserl develops of personal selfhood, contrasting Husserl’s view with positions recently defended by Christine Korsgaard and Harry Frankfurt. Finally, I consider the form of self-awareness that Husserl locates in the formation and habitual acceptance of attitudes, arguing that Husserl anticipates the recent efforts of Richard Moran and David Finkelstein to untie our conception of personal self-acquaintance from the dual misconceptions of ‘detectivism’ and ‘constitutivism’. In short, I argue that Husserl doesn’t rigidly distinguish between pre-reflective self-consciousness and personal self-understanding; and, moreover, that his account of the traces of the latter in the former allow us to see how the personal self can ‘live’ or ‘exist’ in its emotions, beliefs, and actions.

Whereas Chapter 4 was concerned with offering a solely first-personal account of personal selfhood, this (methodologically necessary) shortcoming is corrected in Chapter 5, which considers together interpersonal empathy and the deeply intersubjective being of the person. Building upon the findings of the previous two chapters, I begin by developing Husserl’s claim that the person necessarily exists in a nexus of other persons, spelling out the role of mutual recognition and the appropriation of others’ attitudes in both pre-reflective personal agency and reflective, and narrative-embedded, personal self-understanding. I then address the sense in which, as persons, we are empathetically acquainted with other personal selves, arguing that such interpersonal empathy both rests upon and transgresses the animate empathy discussed in Chapter 3. In this regard, I first suggest that a minimal form of interpersonal empathy can be equated with what Axel Honneth has recently called ‘elementary recognition,’ where this designates a basic and perception-like recognition of another (embodied) personal self, something which grounds and is explicated by evaluative and practical forms of interpersonal recognition. I then argue that interpersonal empathy can go beyond interpersonal recognition, and aim at an understanding of the ‘who’ of the other’s actions, emotions, and beliefs—of the personal self who ‘lives’ in them—an accomplishment which requires a sensitivity to the embeddedness of the person’s acts in her personal history, and their intimate relation to her personal character. Accordingly, I argue that the distinction between basic and re-enactive empathy introduced in Chapter 1 requires nuancing, and that we should take account of the different shades found in animate empathy, interpersonal recognition, and interpersonal understanding.