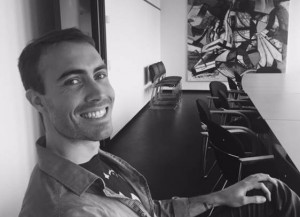 Though its formulation would undergo many restatements through the decades, this was a problem that greatly occupied the classical phenomenologists, from Husserl’s First Investigation down to Merleau-Ponty’s latest speculative efforts concerning the ontology of expression. It is also a foundational, if too often disregarded, problem within analytic philosophy at the intersection of philosophy of mind and philosophy of language. Searle, for example, has called for naturalization within the philosophy of language tradition, so heavily informed by formal logical models of language. According to Searle, language needs to be viewed as a biological phenomenon, and its intentionality needs to be understood as a development of more primitive biological and psychological states. In a similar spirit, Scott Soames has recently called for a reevaluation of the foundations of post-Fregean philosophy of language that recognizes the conceptual priority of cognitive and perceptual intentionality over propositional intentionality.

Though I agree with Soames and Searle that this crucial question deserves to be foregrounded, I argue that the methods of logical and conceptual analysis they use to approach it are inadequate to clarify the relationship that holds between non-linguistic and linguistic intentionality. The various efforts directed at this problem within the phenomenological tradition suggest that, because the processes of sedimentation through which a linguistic symbol is invested with secondary intentionality are irreducibly temporal, they call for a genetic approach. I propose that the best way to pursue such an account of linguistic intentionality is through a genetic-phenomenological approach to first language acquisition – that is, by taking up anew the project ventured in Merleau-Ponty’s Consciousness and the Acquisition of Language, with the benefit of an additional 65 years of empirical research on developmental psychology and language acquisition. My hope is that a phenomenological account of how children acquire the habit of operating with the derived intentionality of language will illuminate the nature of that intentionality itself.

The account I advance views the semantic meaning of linguistic utterance as deriving from the more primitive meaningfulness of pre-linguistic engagements that directly involve the life-world. The representational intentionality of language has its origins in the presentational intentionality of embodied, sensorimotor and affective intentionality. Such a position foregrounds the indexical, externalist, and directly referential features of language. One consequence of this phenomenological approach to language is that switching from the static to the genetic analysis entails a surprising reversal of a classic Fregean tenet. If Frege was correct to assert that, viewed statically, sense determines reference, what the genetic analysis shows us is that “reference” – directly presentational, world-involving intentionality – is itself constitutive of semantic meaning. I also hope that my work will have some bearing on where phenomenology should stand in debates concerning internalism and externalism.
*
Funding for this research was provided in part by the Social Sciences and Humanities Research Council of Canada.